The derivation was based on a very simple third-order polynomial model. Questioning that model, or contesting the conclusions? Let’s run WebLab. WebLab is a web-server-based interface to a real power amplifier operating in the lab, developed and run by colleagues at Chalmers University of Technology in Sweden. Anyone can access the equipment in real time (though there might be a queue) by submitting a waveform and retrieving the amplified waveform using a special Matlab function, “weblab.m”, obtainable from their webpages. Since accurate characterization and modeling of amplifiers is a hard nonlinear identification problem, WebLab is a great tool to researchers who want to go beyond polynomial and truncated Volterra-type toy models.

is sent to the first terminal, and a sinusoid with frequency

is transmitted to the other terminal. (Frequencies are in discrete time, see the Weblab documentation for details.) The actual radiation diagram is computed numerically: line-of-sight in free space is fairly uncontroversial: superposition for wave propagation applies. However, importantly, the actual amplification all signals is run on actual hardware in the lab.

The computed radiation diagram is shown below. (Some lines overlap.) There are two large peaks at -9 and +34 degrees angle, corresponding to the two signals of interest with frequencies

. There are also secondary peaks, at angles approximately -44 and -64 degrees, at frequencies different from

. These peaks originate from intermodulation products, and represent the out-band radiation caused by the amplifier non-linearity. (Homework: read the paper and verify that these angles are equal to those predicted by the theory.)

The Matlab code for reproduction of this experiment can be downloaded here. 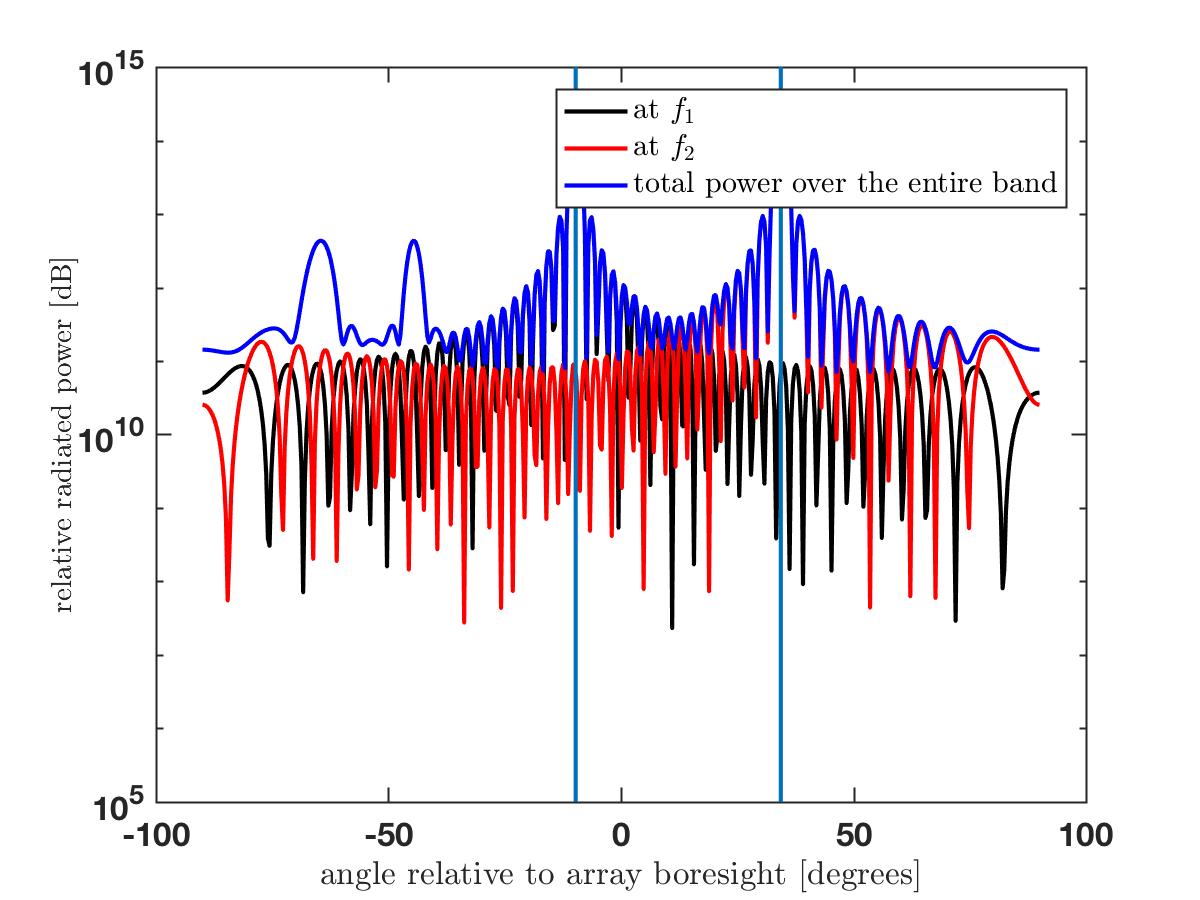 7 thoughts on “Massive MIMO Hardware Distortion Measured in the Lab”