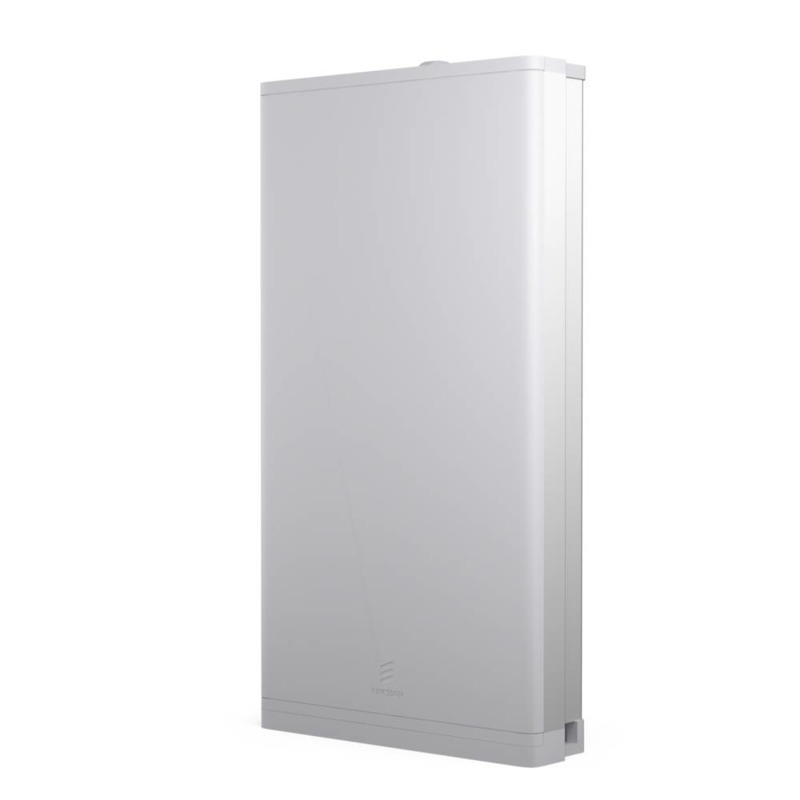 I wrote earlier about the Ericsson AIR 6468 that was deployed in Russian in preparation for the 2018 World Cup in football. If you are curious to know more about this Massive MIMO product, among the first of its kind, you can read the public documents that were submitted to FCC for approval. For example, if you click on the link above and then select “Conf Exhibit 9 Internal photos” you will see how the product looks at the inside.

I will now summarize some of the key properties of this LTE TDD product. AIR stands for Antenna Integrated Radio, and Ericsson AIR 6468 is a unit with 64 antennas connected to 64 transmitter/receiver branches. This allows for fully digital beamforming, but the baseband processing is taking place in a separate unit that is connected to AIR 6468 with an optical cable. Hence, the processing unit can be updated to support future LTE releases and more advanced signal processing.

There are different versions of AIR 6468 that are targeting different LTE bands, for example, 2496-2690 MHz and 3400–3600 MHz. These units weight 60.4 kg and are 988 x 520 x 187 mm, which clearly demonstrates that Massive MIMO does not require physically large arrays; the height is typical for an LTE antenna, while the width is slightly larger. This can be seen in the image below, where the AIR 6468 is in the middle.

The array can be mounted on a wall or a pole, and tilted in various ways. As far as I understand, the 64 antennas consist of 32 dual-polarized antennas, which are arranged on a rectangular grid with 4 antennas in the vertical dimension and 8 antennas in the horizontal dimension. The reason that the array is still physically larger in the vertical dimension is the larger vertical antenna spacing, which is the common practice to achieve a narrower vertical beamwidth since most users are concentrated around the same elevation angles in practical deployments (see Section 7.3-7.4 in Massive MIMO Networks for a more detailed explanation).

QPSK, 16-QAM, 64-QAM, and 256-QAM are the supported modulation types. AIR 6468 can perform carrier aggregation of up to three carriers of 15 or 20 MHz each. The maximum radiated transmit power is 1.875 W per antenna, which corresponds to 120 W in total for the array. I suppose this means 40 W in total in each 15-20 MHz carrier (and 0.625 W per antenna), but it is of course the spectrum licenses that determine the actual numbers.